In early 2011, I saw an ad in a holistic nursing newsletter for a program in integrative nurse coaching led by an impressive team, including the mystical, legendary Dr Barbara Dossey. Interesting, I thought. H-m-m-m-m-m-m Is there anything in this that I should consider? At my age? Now in my early sixties, I ‘retried’ from my life career in Occupational Health and Safety. I was enjoying my private practice of client sessions, group work and presentations, why would I consider using resources to expand yet again?
I called my friend Joan and we bounced around this idea of nurse coaching. What is it? Who is it for? Really is it ‘just’ other nurses that are the target audience for this work? Aren’t we already credentialed as holistic nurses? Isn’t it the same?
But after that phone call, I recognized that the old question of what do you want to do with your life came up again. I thought I was free from the inquiries to describe where I would be working ~ for whom ~ doing what in 5 -10 years. I had hoped that the time of having to “produce,” laden with expectations of performance, delivery and metrics was a past chapter in my book of life. I was weary of being in a world of business and supervision where the only mantra that I heard in my head was “What have you done for me lately?” not, “Thank you.”
Yikes ~ have I gone mad to foolishly ponder yet another direction on my life’s travels? Well, the answer was No ~ I am complete; that conundrum was put aside. I’m okay.
Yet apparently that question had not been deleted. Joan called me back a few weeks later to say she attended a conference where Barbara Dossey was the keynote speaker. Joan described how electrified she was by Dr Dossey’s passion, her vision and her plan for nurses in the integrative health care of the future.  As Joan spoke of her response to that talk, her feelings and emotions that were evoked, I started to recognize a new language, new partnerships and stronger collaborations that were exciting, intoxicating and alluring.
I sensed, rather than knew, that the linear line of health responsibility was shifting to a circle of connections, support and higher levels of possibilities both for the patient/client and the clinician.  Yikes again! I did not want to miss this window of opportunity to have an expanded purpose in my life and to refresh and restart my own passion for health – however that shows up for me or anyone – and well-being.
Seriously, as I observed the “aliveness” I was experiencing at that moment, I knew that my life was having a Zen moment of choice. This was not difficult. I had only to pause and consider the path opening up before me. “I’m doing this for the potentials and possibilities for a new way to show up in integrative health. My life is going in a new direction.” Are you in?

This author does not have any more posts. 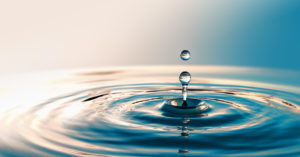 The Power Of A Decision

Every… single… decision we make changes the course trajectory of our lives in ways that we cannot possibly fathom. It 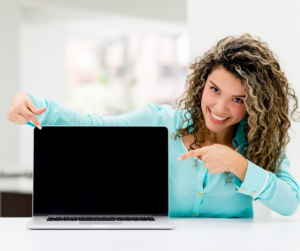 Going virtual is a whole new avenue for creating a sacred space, but it can be done easily with a

When I stood up to give my ‘elevator speech’ at the end of Cohort 4 of the Integrative Nurse Coach Certificate Program, I said I wanted to bring together my passion for end-of-life work into this new skillset of nurse coaching.