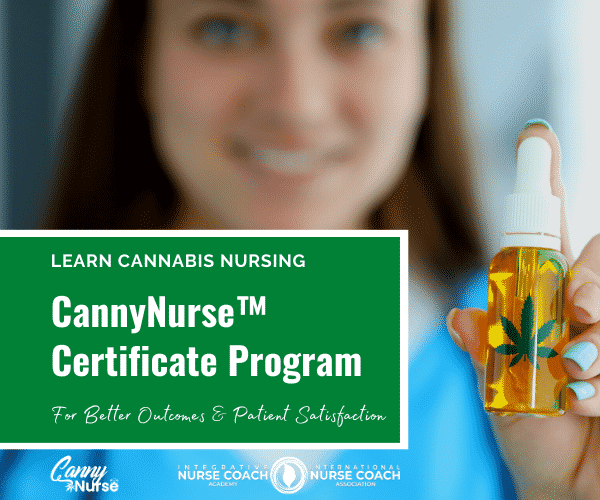 We are excited to bring you the first cannabis nurse training program of its kind.

The CannyNurse™ Training is an evidence-based, esoteric, and experiential journey into the realm of the Endocannabinoid System (ECS). There are 12 modules, each is to be completed over the course of one week, and should take 4 hours of study (48 hours). Students are allotted 2 hours for the final exam (open-book), making the program total 50 hours of contact hours*.

Everyone is talking about cannabis…

but few clinicians know enough to safely advise their patients. Whether you’re in a legal state or not, at least some of your patients are using cannabis. If they don’t feel comfortable talking to you, their healthcare is in the hands of budtenders.

Cannabis nursing is not about one plant…

it’s about the body’s “universal regulator,” the system charged with maintaining homeostasis in the body: the Endocannabinoid System (ECS). All animals (except insects and protozoa) have an ECS. The ANA has listed cannabis competencies, yet few nurses feel comfortable with it. As a CannyNurse™ you will be on the cutting edge of clinical cannabis care. 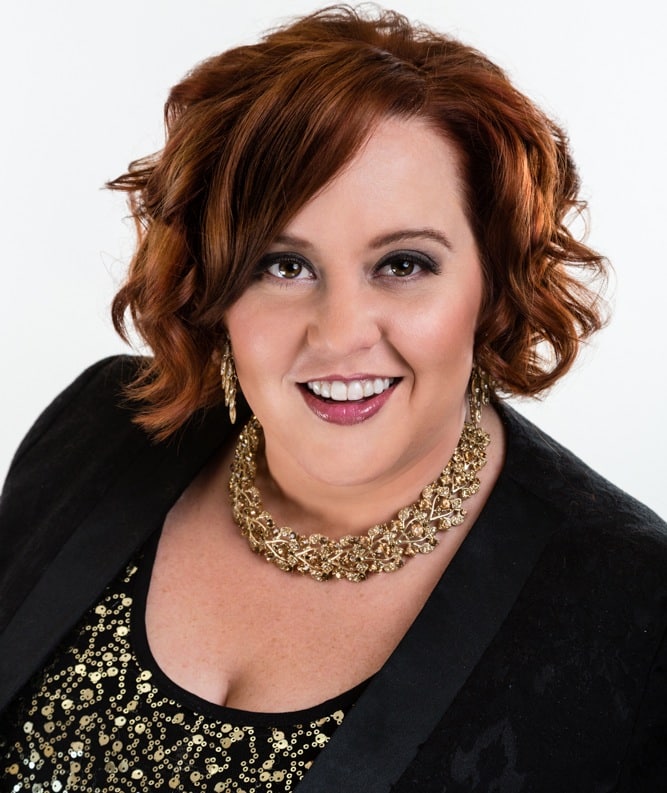 In recognition of the additional challenges Black, Indigenous, and People of Color face in society, and particularly with regard to cannabis, we are offering THREE $500 scholarships for nurses of color per cohort of the CannyNurse™ Certificate Program.

While we recognize this does not come close to fixing the overall problems of systemic racism and need for equity within all industries, we hope this will decrease the barriers for nurses of color who desire to enter the field of cannabis nursing.

We are pleased to offer a $50 discount* to members of the following organizations:

*Only one discount may be applied for a maximum of $50. To claim your discount, contact your membership organization for your coupon code.

Who is the CannyNurse™ Certificate Program for?

CannyNurse™ Certificate Program
This course is open to nurses with a valid license (LPN/ LVN, RN, APRN) from your state/ country of …
Read the full answer

Are there any additional costs for the class? Textbooks?

CannyNurse™ Certificate Program
Yes. There is one required textbook which can be purchased as an ebook or paperback for $50-60. A…
Read the full answer

Do you offer Payment Plans or Scholarships?

CannyNurse™ Certificate Program
Yes, both! Scholarships: As a recognition of the cultural implications and social justice issues …
Read the full answer

How long is this program/ how much time will I need to complete the coursework?

CannyNurse™ Certificate Program
This program is 50 CEUs divided over the course of 12 weeks. This course was designed with working n…
Read the full answer

Do you offer CEUs / Contact Hours for this program?

Is there a specialty certification in cannabis nursing?

CannyNurse™ Certificate Program
Not yet. The American Cannabis Nurses Association is working towards this. Once a cannabis nursing s…
Read the full answer

Will I be able to prescribe medical cannabis upon completion?

CannyNurse™ Certificate Program
Medical Cannabis is not an FDA-approved drug, so it does not get prescribed. If you are an Advance P…
Read the full answer

What are the prerequisites for this course?

What can I do with this knowledge once I’ve completed this program?

This program will be offered multiple times per year. Select the cohort you are registering for.

Questions? Check out our FAQ or send us a message. 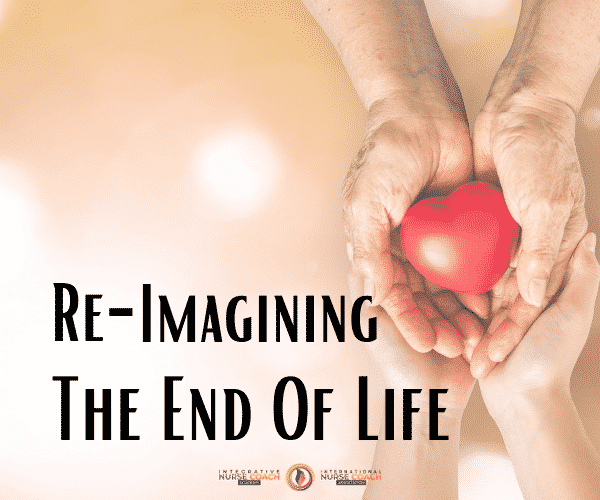 Re-Imagining the End of Life: Self-Development & Reflective Practices for Nurses 2021 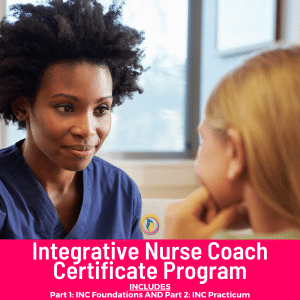 25% off
Rated 4.91 out of 5
Integrative Nurse Coaching™ Programs

Become an Integrative Nurse Coach™ - 100% online! Revive your nursing spirit and rejuvenate your nursing soul with the #1 nurse coaching training program. This…